I feel like people can relate to this one. So, you know how sometimes you have a particular event in mind? And maybe you’ve thought about how perfect it will be, even daydreamed a little? And then, maybe it doesn’t go quite like you planned. Still perfectly fine, but not quite what you hoped. And then your pregnancy hormones get the best of you, causing you to throw an actual hissy fit in front of twenty people while even your toddler looks on in disbelief at your behavior?

Yeah. That happened. This week, I, a grown woman, threw a fit, shed a tear, and yelled. It all happened so fast. We hosted a cookout/gender reveal party for our families, so we could share the beautiful news that the little love growing in my belly is a girl. We had a low-key cookout; just a normal, easy event, where everyone brought food and lots of dessert. I turned my chalkboard wall into a voting station, where everyone joined team boy or girl and got a blue or pink clothespin to wear – plus blue and pink cupcakes!

Other than that, I tried not to stress too much over decorations. We had just planned to have a box of pink balloons that would pop out when we opened it in front of everyone. I wanted that moment to be perfect. It was a beautiful day, with nothing but blue sky behind us. It should’ve been a pretty photo op. Instead of letting the balloons fly free once the box was opened, I even taped their strings down so they’d stay put for pictures and for Annie to play with later. The problem was, it didn’t turn out that way.

The moment arrived. I carefully tore off the paper holding the balloons down, and, with some coaxing, they just … sort of.. floated up one by one. It was quite anticlimactic, and worst of all, not the moment I had in my head. I honestly didn’t even see my family’s reaction, because I completely and totally lost my cool. (If you're following along and are confused - yes, to clarify, I lost my cool over some balloons.) I turned to Adam and immediately began lamenting the loss of my perfect expectation, by which I mean I yelled and flailed my arms around a lot and just generally looked like a completely crazy person. Apparently, at one point, I said I had wanted them to fly away, so Adam started snipping the strings, thinking that would help. Nope. I shouted, “Stop! Are you CRAZY?!!” He stopped. He didn’t know what to do, because when your clearly insane wife asks if you’re the crazy one, you just try to get out of the way until the storm passes. I eventually remembered there were twenty people watching this nervous breakdown. I was immediately overwhelmed. I felt so sad that I had ruined that moment. Besides myself, no one there cared AT ALL if those blasted balloons popped out with gusto. They were thrilled to see pink, and to find out there was another baby girl for them to love on the way. And then – I felt SO embarrassed. I couldn’t believe I’d let my emotions totally take over. We all know I’m dramatic. That’s not the issue here. The issue was I lost my head to the point where my behavior was earning looks of confusion and terror from everyone, down to my toddler.

It was over as quickly as it started, but the damage had been done. Pretty soon, everyone was trying to console me, when it should’ve been a happy, joyful time. I had worried so much about it being a disaster that I knocked my stress levels up and turned it into a disaster all on my own. The very worst part? No good pictures of our happy family smiling.

This is the photo I posted to social media. 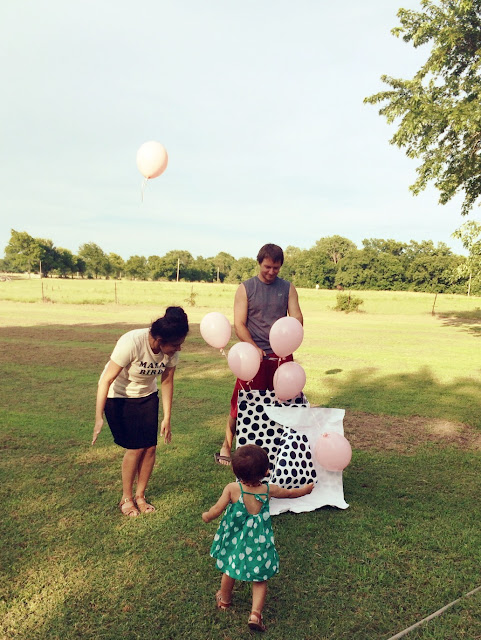 This is actually what I looked like most of the time (grainy and zoomed in for the full effect )– borderline manic, holding back tears. Yikes. 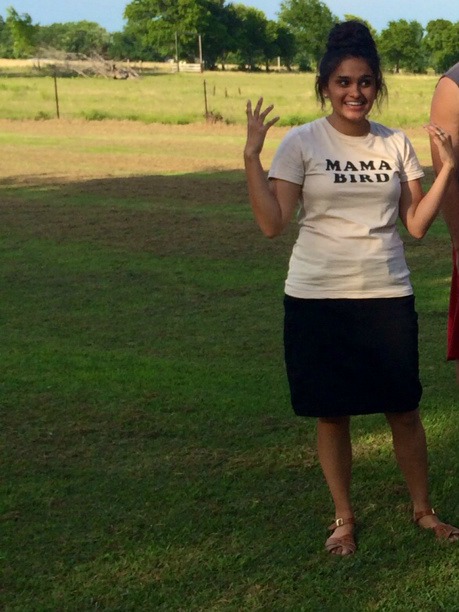 So, there’s a lesson here. Just chill smooth out, Bek. But also, I remember thinking gratefully that Annie didn’t really know what was going on. She’s the current Queen of the Tantrums, but it won’t always be that way. She’s already emotional, and sensitive. It’s so sweet, the way she already fully feels some things. I don’t want that to rule her, though. I want to teach my girls that it’s completely normal to have strong, full emotions, and that sometimes they can be overwhelming. The important thing is to not let them overwhelm you with trivial, little things that push you to the breaking point and can, well, ruin a perfect moment. And when they do, accept it. Accept responsibility; apologize if you need to. And then write about it and move on. 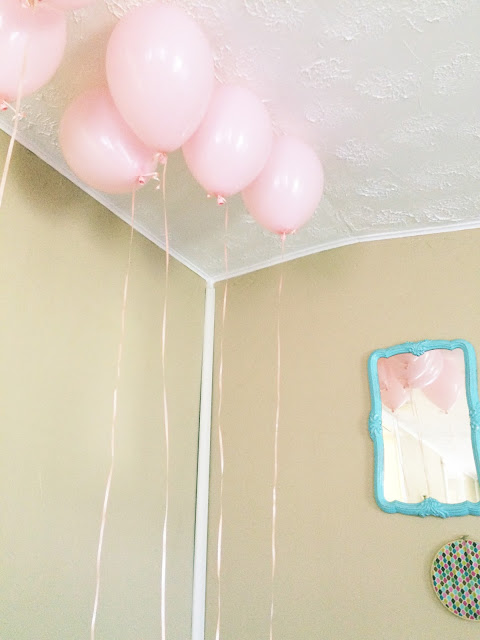